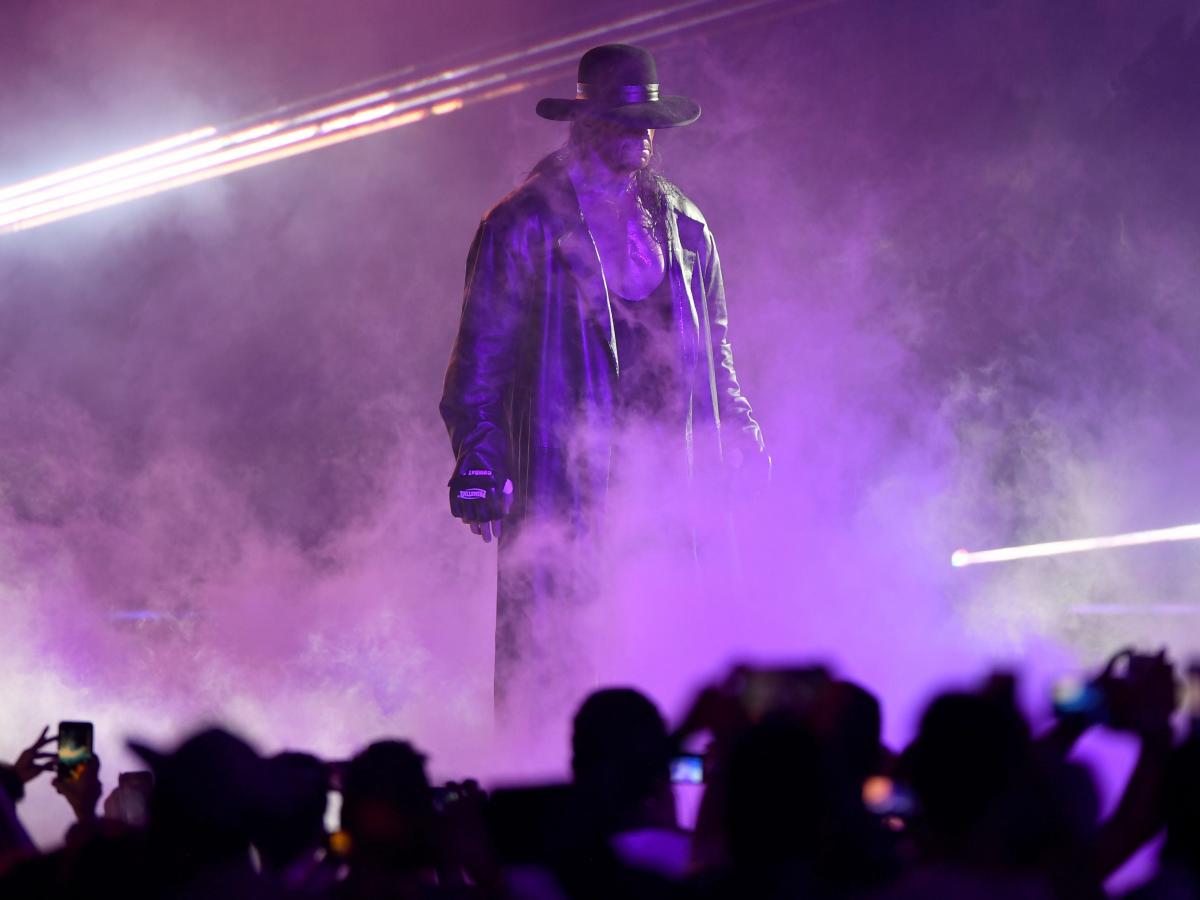 The walkout music for a former WWE skilled wrestler referred to as The Undertaker blared from the audio system at a “Save America” rally in Florence, Arizona, proper earlier than former President Donald Trump took the stage on Saturday evening.

Mark William Calaway, higher recognized by his ring identify The Undertaker, used a darkish and foreboding theme music known as “Rest In Peace,” consistent with his deathly theme, for his ring entrance. The music was created by WWE composer Jim Johnston and incorporates funeral bell tolls and components of Frédéric Chopin’s “Funeral March.”

The music started taking part in on the rally as clips of pundits criticizing President Joe Biden played on a screen. When the clips ended, the music continued to play out for an additional 30 seconds or so till an announcer launched Trump.

The previous president then walked onstage to “God Bless the USA” by Lee Greenwood.

Calaway wrestled professionally within the WWE from 1990 to 2020 and is broadly thought to be one of many biggest skilled wrestlers of all time.